Making the right amount of noise ever since its release, Ayushmann Khurrana starrer Article 15 has been receiving positive reviews both from the critics and the audience. The film has also faced backlash from various communities across the nation because of its anti-caste system stance.

Recently, it was reported that the screening of this Anubhav Sinha directorial was stalled by some fringe groups in Uttar Pradesh's Kanpur town. Now the latest reports suggest that the screening of Article 15 has been banned in the hill state of Uttarakhand’s Roorkee town. As per the local administration, the decision has been taken due to law and order concerns. 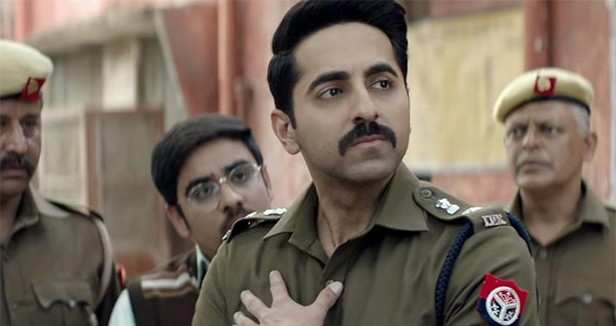 The Roorkee Sub Divisional Magistrate (SDM) Ravindra Singh Negi issued orders to RR Cinema – the only theatre in Roorkee screening the film to cancel Article 15 shows and enforce the ban. He said in a statement,

“Representatives of Hindu Sena met me on Friday and expressed their concerns that the film, Article 15, portrays a particular community in a poor light. They demanded a ban on the screening. My view was that if the film is screened in the city, it could lead to law and order issues.”

Said to be 'based on true incidents' Article 15 narrates the story of a brutal gang-rape and murder of two girls belonging to a lower caste. The film points fingers at caste based discrimination which continues to exist in various parts of the country. The film also threw light on the divide and rule politics which has seen a massive rise in the country in recent years.

“We received the orders and ensured that they were enforced. As of now, the film isn’t being screened in the city.”

Article 15 has been released last Friday and it has seen massive growth in its business in the following days.

CHECK OUT THIS NEW BTS FOOTAGE FROM THE SETS OF 'SOORYAVANSHI'