If you are wondering how to best reap the health benefits of spinach, consume it in the form of a smoothie or juice. According to research from Linkoping University, Sweden - the findings of which are published in the journal Food Chemistry - this is the best way to obtain the antioxidant lutein.
High levels of lutein are found in dark green vegetables, and researchers at the university have compared different ways of preparing fresh spinach in order to maximize the levels of lutein in the finished food. Many people with atherosclerosis (narrowing of the arteries) have low-grade, chronic inflammation that can be measured in the blood. This inflammation is linked to an increased risk of myocardial infarction.

A research group previously studied the role of the antioxidant lutein. This is a natural fat-soluble pigment found in plants, particularly in dark green vegetables. The researchers showed in their last study that lutein can dampen inflammation in immune cells from patients with coronary artery disease.
They also showed that lutein can be stored in immune cells, which means it is possible to build up a reserve of lutein within your body. This led the researchers to wonder whether it is possible to influence the level of lutein in the blood by increasing lutein dietary intake.
In the new study, the researchers have investigated which method of preparation is the best way of obtaining lutein. They chose to study spinach, which contains comparatively high levels of lutein and is eaten by many people. Just as many other nutrients, lutein is degraded by heat. 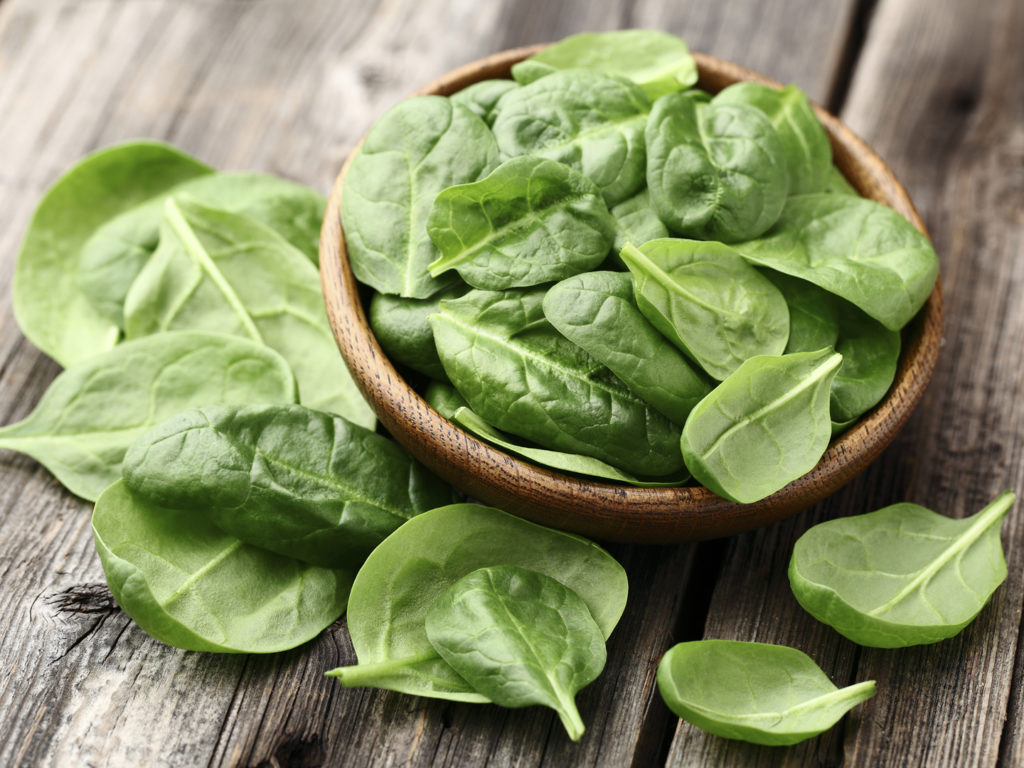 “What is unique about this study is that we have used preparation methods that are often used when cooking food at home, and we have compared several temperatures and heating times. We have also investigated methods of preparation in which the spinach is eaten cold, such as in salads and smoothies”, said Lena Jonasson.
In order to simulate methods of preparation that are often used in everyday life, the researchers purchased baby spinach at a supermarket. They subjected the spinach too, for example, frying, steaming, or boiling for up to 90 minutes, and measured the lutein content at different times.
Spinach cooked in a soup or stew is not heated to as high a temperature or for as long as spinach in a lasagne, for example. This is why the researchers compared different heating times. It turned out that the heating time is important when spinach is boiled. The longer it is boiled, the less lutein the spinach retains. The cooking method is also important: when spinach is fried at high temperature a large fraction of the lutein is degraded after only two minutes.
Reheating lunch boxes in a microwave oven is a very common practice in modern life. The researchers found that reheating the food in a microwave to some extent compensated for the loss of lutein in cooked food. More lutein is released from the spinach as the plant structure is broken down further by the microwave.
“Best is not to heat the spinach at all. And even better is to make a smoothie and add fat from dairy products, such as cream, milk or yogurt. When the spinach is chopped into small pieces, more lutein is released from the leaves, and the fat increases the solubility of the lutein in the fluid”, said Rosanna Chung, principal author of the article.
ALSO READ:-

LETS ADD CUCUMBER IN THE DIET TO ENJOY THESE BENEFITS