Akshay Kumar, who is gearing up for the release of his ambitious period drama Kesari, has made yet another grand announcement yesterevening and revealed that he will be a part of an upcoming Amazon Prime Original. Akshay entered the venue in his own style - he performed a live fire stunt on stage.

Speaking at the event, the actor said, “Action is within me, I call myself a stuntman first and then an actor.” 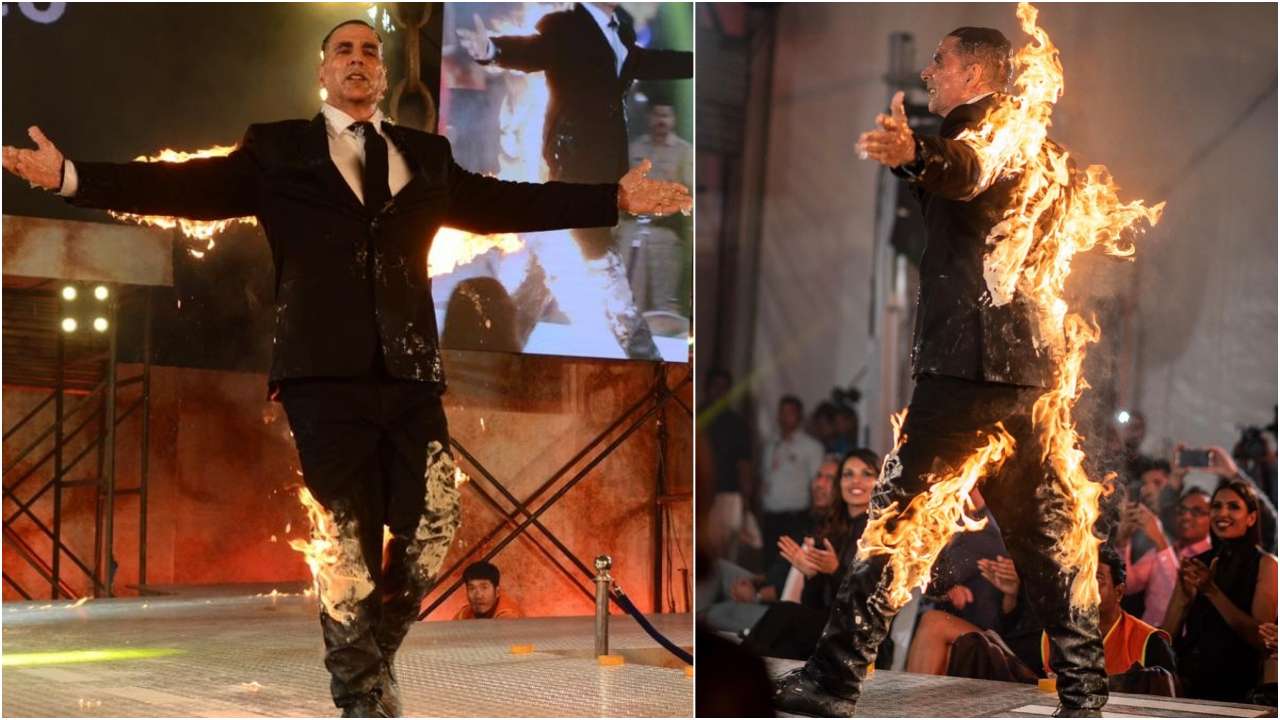 Akshay added about the upcoming series;

“I have always believed in bringing innovation to my work and throughout my career, have tried to tell unique stories, work with break-through talent and be part of disruptive and high-quality story-telling. Together, Abundantia and I have created some of my most memorable roles in films like Baby, Airlift and Toilet-Ek Prem Katha and their passion towards their films and projects is incredible.

From the very concept of the show, I am working very closely with Vikram and his team as they create this compelling and highly intriguing story. I can’t wait to start rolling for this action-adventure series that will be Amazon Original for global audiences. The digital world excited me and I am delighted to make my streaming debut with this show. And if I were to make a small confession here, it was my son Aarav who suggested that I make my digital debut as that’s what the youth is hooked onto. On this medium, I want to create something extraordinary and connect with them.”

Yesterday, Akshay shared the first poster of Rohit Shetty’s next directorial venture 'Sooryavanshi' in which he will be seen playing a cop. “From Rohit Shetty’s police universe, get ready for the fire-packed ‘Sooryavanshi’, releasing on Eid 2020,” Akshay Tweeted. The film, backed by Rohit Shetty Picturez in association with Dharma Productions and Cape of Good Films, is produced by Hiroo Yash Johar.

I WOULD NOT LIKE TO DO A JINGOISTIC FILM: JOHN ABRAHAM