ANGRY MAN MADE HIS CAR A GARBAGE COLLECTOR

Toyota company that is well known for its after sales service among the car-makers has Fortuner, an established brand in the Indian market, as the best-selling car in its SUV segment. But it looks like Indian buyers are getting antsy because of the same reason the car was a popular choice. Disappointed with the way the service centre treated him, Mr Hemraj Choudhry, a resident of Pune took a drastic step. Mr Choudhry filled his entire car with garbage. Although the details of the issue are still under wraps, it is being reported that he got annoyed when no action was taken despite his repeated requests. https://www.youtube.com/watch?time_continue=1&v=fi1Dk49JzOM Mr Hemraj had spent Rs. 37 lakhs to buy this 'prized possession'. The car was sent to the MIDC police station without the knowledge of the owner. He had bought the car in March this month. It seems that the car was sent by the service station to the police station. He gave the statement after came to know that the car was sent to the police station, he contacted Loksatta and told to the newspaper that he is ready donate this vehicle to PCMC for as garbage truck for garbage collection. The problem in car is still unknown. Many people are  inspired by the story of Maharaja Jai Singh of Alwar, who turned his seven newly Rolls Royce cars into the garbage collector,  as a revenge of not being treating him properly at the showroom. Take a look at this royal car: 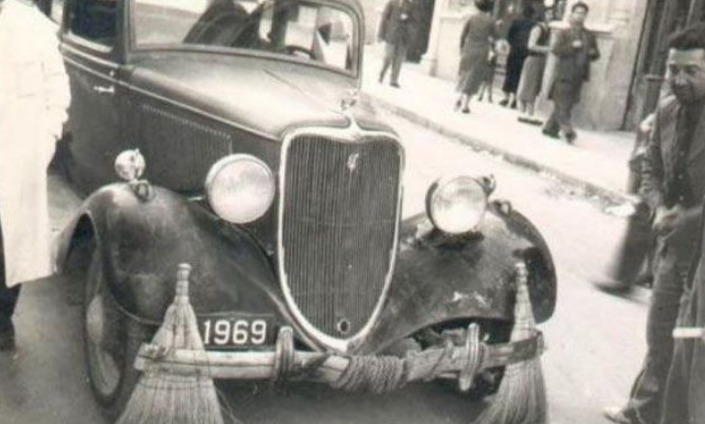 Well, it looks like Toyota really needs to look into the matter instead of causing unrest amongst one of the biggest market of its product in India.