From the last couple of months, there are a lot of stories coming around for the sequel of Irrfan Khan and Saba Qamar starrer ‘Hindi Medium’. The film which was released back in the year 2017 had received immense love not just from the audiences but also from the critics.
Soon after this, the makers had started working on the sequel but because of the lead actor’s ill health it went under the cover. Earlier, there were a lot of rumors making the rounds on the internet which told that newbie Sara Ali Khan may also join the cast as Irrfan’s grown up daughter.
Now in a new lead, we have heard that the legendary on-screen couple Shah Rukh Khan and Kajol may join Irrfan Khan. Reports suggested that producer Dinesh Vijan from ‘Maddock Films’ has approached the two actors. The duo have already begun with the initial reading sessions and they have really liked the script.

Interestingly, according to some reports, this time around the film will be set in the US and the actor will reprise his role in the new story. Whether Pakistani beauty Saba Qamar will also make it to the credit rolls, is yet to be seen. Saket Chaudhary, the director of the prequel, has been replaced by Homi Adajania, who has earlier helmed films like Cocktail (2012) and Finding Fanny (2014) for the production company.
On the professional front, Shah Rukh and Irrfan were last seen in the movie ‘Billu’ which came back in the year 2009. It will be happening after one decade that the two actors will be back together on the big screen. A couple of months back, when Irrfan was undergoing the treatment for neuroendocrine tumor, Shah Rukh gave his London house keys to the actor as a friendly gesture. 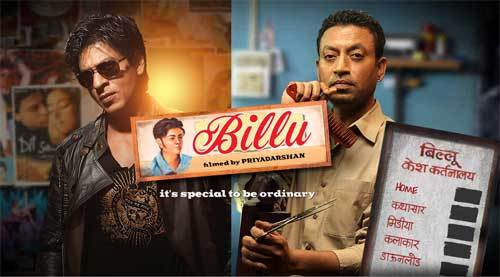 Although SRK and Kajol who have worked in movies like ‘Baazigar’, ‘Dilwale Dulhaniya Le Jayenge’, ‘My Name Is Khan’ and ‘Dilwale’, this is the first time when they will be working on a film with a social message.
Do you wish to see them in this film? Do let us know in the comments section below and for more such updates keep visiting gabruu.com
ALSO READ:-

DEEPIKA PADUKONE AND RAJKUMMAR RAO TO TEAM UP FOR MEGHNA GULZAR MOVIE?

AFTER A LONG WAIT, 'MANTO' TO BE SCREENED IN PAKISTAN