After giving popular and hit films like Gupt, Solider to the Bollywood industry Bobby Deol is all set to enter into the industry again wit Race 3. Bobby Deol got his first break in the industry with Barsaat in the year 1995. And for this movie, he got the Filmfare Best Debut Award. Bobby Deol has also been nominated as Filmfare Best Actor Award. However, in the last few decades, Bobby has seen little success. But this little success never demotivated him. He is back in the industry with a bang. Being very fitness and health conscious he worked tirelessly to be back in shape. He has pinned all his expectation with his upcoming series of Race. Behind his comeback, Bobby quoted " Salman the ‘angel who motivated him’.He is truly an inspiration. He believed in me and made me understand that I should take better care of my body.”  Salman helped him to get into the figure by taking him to his personal fitness trainer Rakesh Udiyar.   Anil Kapoor has always remained an integral part of the Race Franchise or as we can say Lambi race ka Ghoda . For the first time, our viewers will see new cast in this series,i.e Bobby Deol, Salman Khan, Daisy Shah,  Saqib Saleem along with Jacqueline Fernandez from Race 2. The previous two series were directed by Abbas-Mastan.It was produced by Ramesh.S.Taurani and Kumar.S.Taurani. 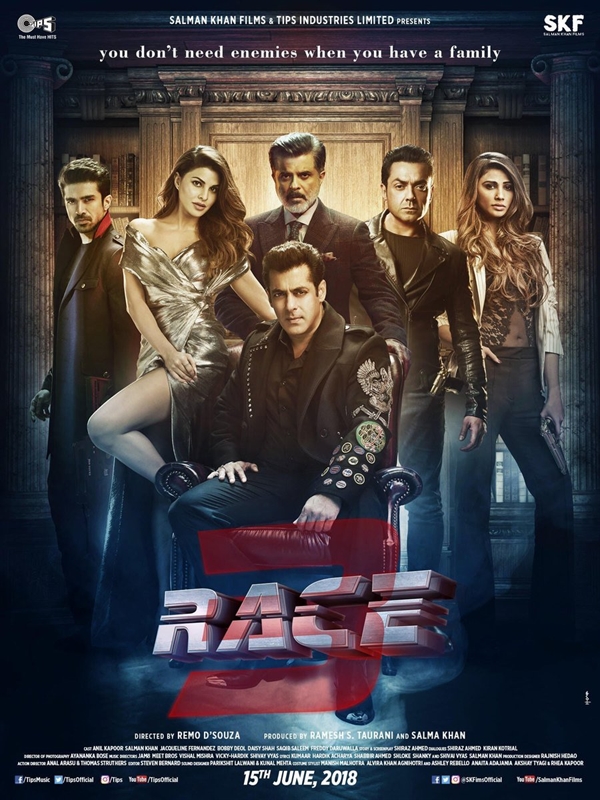 But this time we will see something fresh and new. The movie is directed by Remo D'Souza who is new in directing such thriller film. Remo earlier directed the dance movie like ABCD and ABCD 2. He also directed Flying Jatt. The producer of this film is Salman Khan itself and Ramesh.S.Taurani. Like the previous Race  Franchise, this movie will also be full of drama, thrill, and revenge. This movie will be releasing in your nearby cinema on this Friday i.e 15 June 2018. SO BOOK YOUR SEATS FOR THIS MOVIE AND ENJOY THE RACE OF THRILL AND REVENGE. FOR MORE NEWS STAY TUNED TO Gabruu.com

GUESS GURU RANDHAWA IS ON THE SPREE TO GIVE HIS FANS A SURPRISE, ALMOST EVERYDAY!