Last month Shah Rukh Khan visited legendary American chat show host David Letterman in New York. It was reported that he is there to shoot for his chat show. A couple of days back on Eid Shah Rukh came out on his balcony to greet his numerous fans.

Fans who had gathered outside to wish their favourite star on the festival, many of them were surprised to see David Letterman standing next to him relishing his stardom and being amused by it.

Now, it’s not a hidden fact that Gauri is a successful businesswoman and owns her own design studio so soon after celebrating Eid at his house Mannat, David Letterman was spotted visiting Shah Rukh's wife Gauri Khan's store Gauri Khan Designs. The pictures of Letterman and Gauri went viral on the internet. Check out a couple of them below: 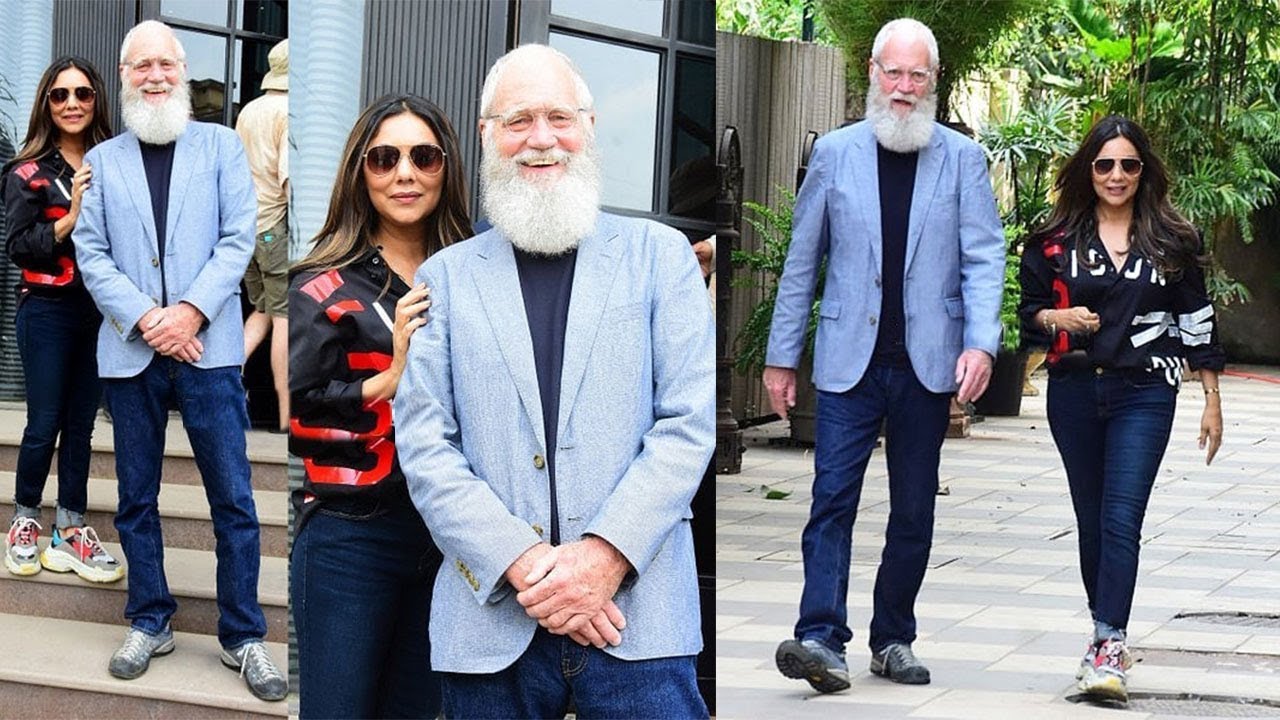 And while David Letterman was busy visiting Gauri's store, Shah Rukh treated his fans by coming outside his house and greeting the fans atop his car. It is reported that him meeting his fans too has been documented and will be a part of the show he's been shooting with David Letterman.

The picture was shared by one of his fanclubs, check it out here:

This iconic collaboration between David Letterman and Shah Rukh Khan is keenly awaited in India and we just can’t wait for it. The full episode will be available on the digital streaming platform Netflix.

For now, nothing much has been cleared about the same but this has already created a lot of buzz among the audiences and we are keenly waiting for this one.

On the work front, Shah Rukh Khan has recently shot for the second season of his talk show TED Talks India. The show brings out the inspiring stories of common people who have somewhere brought a positive change in the lives of other people.