DID YOU KNOW THESE 16 'UNKNOWN FACTS' ABOUT 'LONDON' [INTERESTING FACTS]

You might think you already know about London. World famous sights like the Tower of London and Buckingham Palace. Top class museums like the British Museum and the National Gallery. An A-Z of cuisines from across the globe. All rightly well known but somewhere as big and as old as the English capital is always going to have a few hidden tricks up its sleeve too.

Here's a list of 16 things you (probably) never knew about London. Prepare to be surprised and to see the city in a whole new light.

It’s really not that rainy, honest

You’ve probably heard that London is forever deluged in rain, its people wielding umbrellas throughout the year because there's always the chance of a pesky shower. Well, not quite. It obviously sometimes rains (it’s still England after all), and is often just cloudy, but nowhere near as much precipitation falls as you might think. London is actually England’s driest city and receives less annual rainfall (23 inches) than New York City (47 inches), Rome (32 inches) and Sydney (39 inches).

George washed his feet of us

Presumably buoyed by the whole independence thing, George Washington once proclaimed he would never set foot on the British soil again. So when in 1921 the Commonwealth of Virginia gifted the UK a statue of the great man, they included some good old American soil to go beneath his plinth, so as not to posthumously deny the USA's first president’s wish. He can be found standing on his own two feet in Trafalgar Square.

Most people know that the official London residence of the British Prime Minister is 10 Downing Street. Most people also know that they're only ever going to get a glimpse of it thanks to the uniformed folk holding large weapons who stand between them and the famous door. Fortunately, there’s a Plan B for that all-important selfie, and it's only a five-minute walk away – 10 Adam Street, just off the Strand, is an exact replica of the real thing. Snap your photo and tell your friends you received VIP treatment on your trip to London.

William Shakespeare was a threat to public health 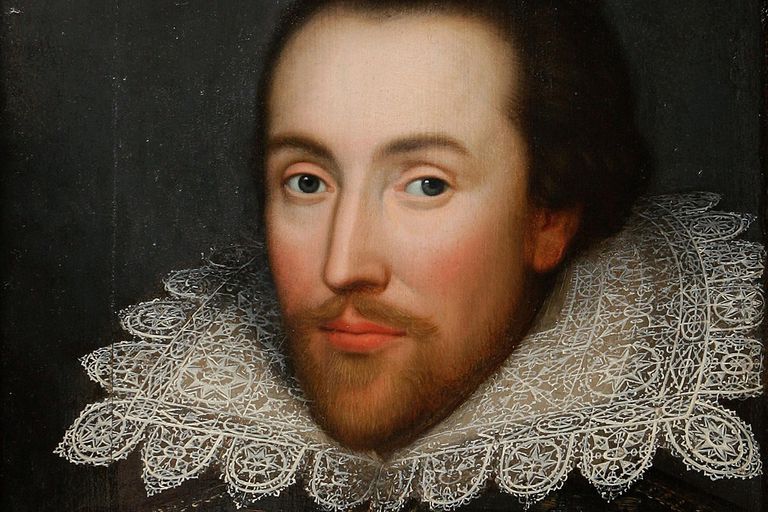 Okay, we’ve taken a bit of license with that heading, but hear us out. Shakespeare, as you might have heard, was one of the best playwrights of all time, filling London's theatres in a literary golden age. But while his plays were (and still are) hugely popular, many influential people in Elizabethan London fought zealously to delete theatres from the cultural landscape altogether, as they created crowds, which increased the spread of the plague and other diseases. Luckily (though school children wading through Hamlet might disagree), they failed.

London is the largest urban forest in the world

Yes, you read that correctly: with more than 8 million trees (about one for each Londoner) the capital of the UK is literally classified as a forest. So green in fact is London (47% green to be exact when all the woods, gardens and parks are taken into account) that this year it is declared a National Park City. And apart from looking lovely, the trees that adorn the parks and streets are supremely important for the local environment, removing up to 2000 tonnes of pollutants from the air each year.

There’s a live cam of the Abbey Road crossing

One of London’s quirkier attractions is the zebra crossing on Abbey Road in St John’s Wood, on which the Beatles shot the cover for their album of the same name. Tourists re-enact the shot en masse, and you can see the vaguely mesmerizing, traffic-stopping spectacle in real time at abbeyroad.com/crossing.

The birds and the bears

If you happened to live in London in the 1250s, you might have been surprised – and faintly alarmed – to see a polar bear swimming and hunting in the Thames. It was one of several exotic animals Henry III kept at the Tower of London and allowed out to play. For something equally incongruous but less lethal, check out the present-day pelicans at St James’s Park, descendants of birds gifted by the Russian ambassador back in 1664.

Hyde Park has a pet cemetery ...

... and it’s satisfyingly spooky, though how much we have to thank Stephen King for that is unclear. The 300 plots, which date from the 1880s, include one (the graveyard's very first in fact) with the simple but moving (and almost comical) headstone inscription 'Poor Cherry. Died April 28. 1881', and are indicative of an increasingly humane society. Less than a century earlier (animal lovers, look away now) it was possible to gain entry to the Tower of London and see its collection of exotic beasts by handing over a live cat or dog to be fed to the lions.

Big Ben is not Big Ben

London Bridge is falling down 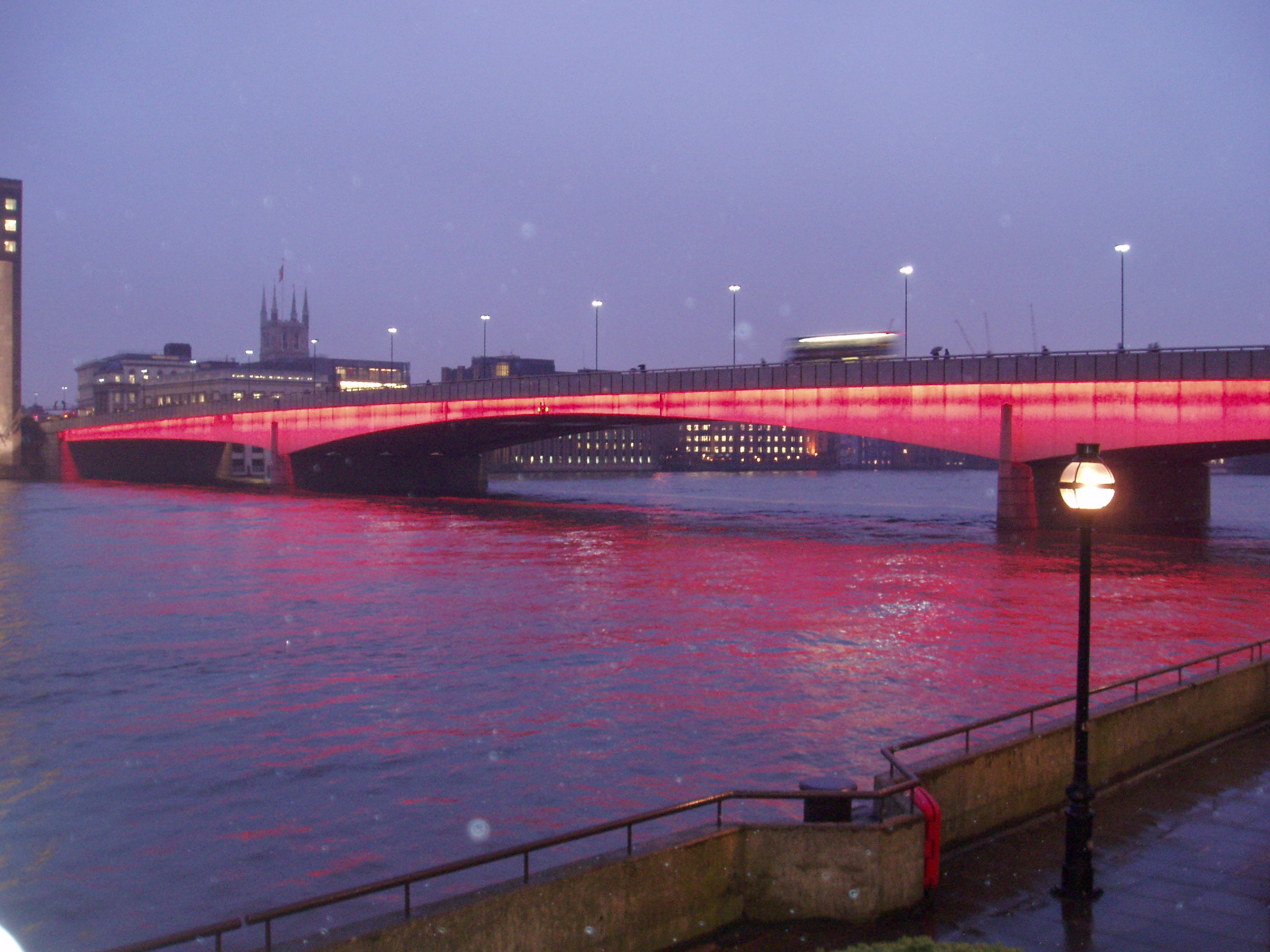 The British spend a ludicrous amount of time discussing what is mostly incredibly uninteresting weather, but occasionally something genuinely worth talking about happens. Like in 1091, when a Force 4 tornado (the winds of which can reach 260 mph) whisked its way down the Thames, destroying London Bridge and 600 houses.

55% of the London Underground is above ground. So now you know.

But almost all the city’s rivers are

The Thames is a majestic thing, rising and falling with the tides as though the city itself is inhaling and exhaling, but its topographical dominance can distract from the fact that it’s just one (albeit a mighty one) of many London rivers. To be fair, all the others are small tributaries, long since built over and so now mostly hidden deep below street level. The majority slip quietly into the Thames from some gloomy riverbank tunnel, like the River Fleet, whose exit can be seen under the northside of Blackfriars Bridge if you crane your neck at low tide.

If you really can’t wait... Some London marketside pubs, like the Market Porter on the edge of Borough Market, are licensed to serve alcohol from 7am, to cater for night shift workers who are finishing up. Most of the capital's pubs start serving at 11am, though generally speaking this isn’t a city where you’re likely to have difficulty locating alcohol if you really want it. 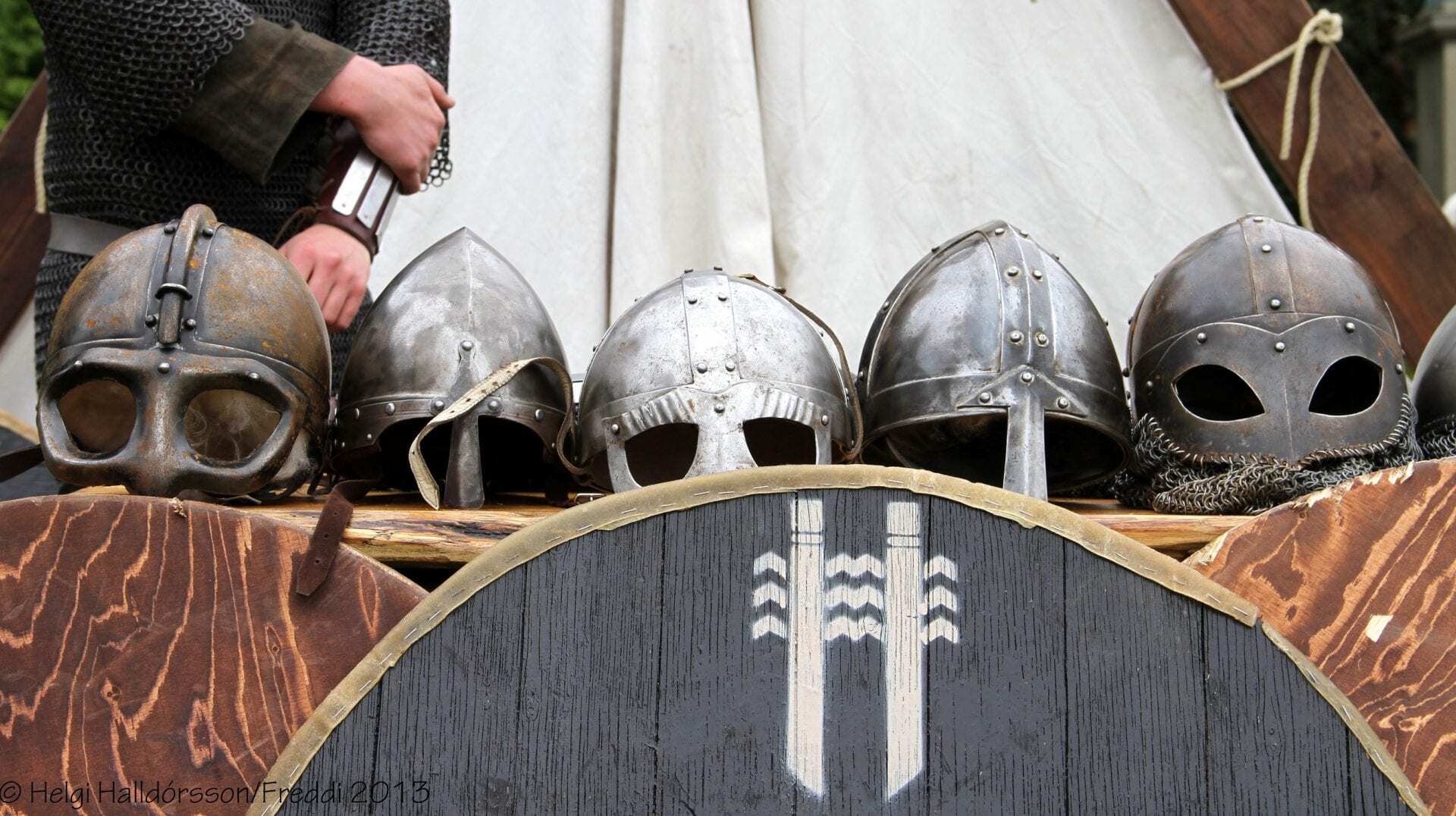 Viking raiders repeatedly attacked London from the late 800s to the early 1000s, and on at least two occasions defeated the local defences and became an occupying force (once in 871 and again in 1013). In 1016 the entire country fell under the control of King Cnut, who, though a warrior king from Denmark, wasn’t technically a Viking, though Vikings did answer to him (it’s complicated).

We could be heroes

Like all cities, London tips its cap to important historical figures through statues and the like, but it also saves room for more humble folk. Postman’s Park contains the Memorial to Heroic Self-Sacrifice, which is made up of plaques commemorating ordinary Londoners who showed extraordinary valour, like Alice Ayres, who saved three children from a burning house on Union Street in 1885, at the cost of her own young life.

Follow your nose and keep your ears to the ground

London is positively brimming with art – and not all of it commissioned. Head out and explore, and you might discover one of the London Noses, a public art installation by Rick Buckley, who affixed plaster replicas of his nose to random walls around the city. Another artist called Tim Fishlock has done something similar – only he went for ears. Perhaps the most unusual though is the artist known as the Chewing Gum Man (aka Ben Wilson) who creates tiny works of art by painting discarded gum dropped on the streets of London, including on the popular Millennium Bridge.

IT IS VERY IMPORTANT TO APPLY SUNSCREEN EVEN WHEN ONE IS INDOORS, SAY EXPERTS