Punjabi megastar Diljit Dosanjh comprises of an ocean of fan-followings. This multitalented singer turned actor had a smashing debut with his 2016 hit-film 'Udta Punjab' which also lead him earning several accolades including Filmfare Best Debut Male that year. Adding another feather to his cap, the actor will soon get his very own wax statue at the prestigious Madame Tussauds Delhi.

For those of you who are unaware of the Madame Tussauds, it is a wax museum in London with smaller museums in a number of other major cities. It was founded by wax sculptor Marie Tussaud. Madame Tussauds is a major tourist attraction wherever situated displaying the waxworks of famous and historic people and also popular film characters.
Moving on, the official twitter handle of Madame Tussauds Delhi shared the news on Twitter, Here's what it read:

This "Punjab da Puttar" will make a larger than life entrance to #TussuadsDelhi soon. Can you guess who will be measured by our artists this sunday? 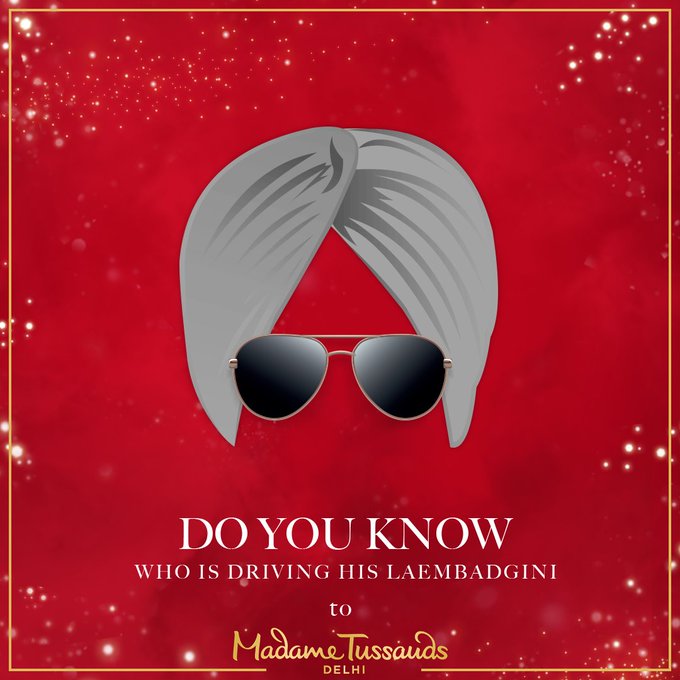 Diljit himself also took it to his official Insta handle;

Coming to film front Diljit's latest flick 'Soorma' has just been released the film is directed by Shaad Ali and produced by Sony Pictures. 'Soorma' stars Diljit and Taapsee Pannu in the lead roles. So just rush to your cinema hall pal and enjoy the film with your family.
Related Articles :

PARINEETI CHOPRA GOES FROM BLACK TO RED AND NOW BURGUNDY