ENGLAND WILL BE PROUD TO GET A BRONZE: ELLEN WHITE

It has been a month since the FIFA women’s world cup began in France. Since the prestigious tournament is close to its finale it has come out as a disappointment for England. English women’s team captain Ellen White takes full responsibility of it and is looking for a victory in their last match.

Ellen White says there will be "huge disappointment" if England do not finish third at the Women's World Cup.

The Lionesses, beaten by holders the United States in the semi-finals, take on Sweden in the third-place play-off in Nice on Saturday. Four years ago they collected bronze medals after beating Germany by 1-0 to finish third at the 2015 World Cup.

"We want to win that bronze medal and go away from this tournament holding something," White told.

England have won five of their six games during the month-long tournament in France.

White, leading scorer on six goals at this World Cup along with the USA's Alex Morgan, was in tears after Tuesday's semi-final defeat and wants one more win before the Lionesses return home.

"I think it would be a huge disappointment [if we didn't win] and we hold ourselves accountable for not getting to that final," added White, who has scored in all but one of England's six games.

"A medal would be something that we'll be really proud of and we can look each other in the eye and think we did achieve something at this World Cup.

"It may not be gold but a bronze medal is still an achievement.

"Not many people can say they've got a medal at a World Cup and that's our priority."

Sweden, beaten by the Netherlands in the other semi-final, finished third at the 2011 women’s World Cup. 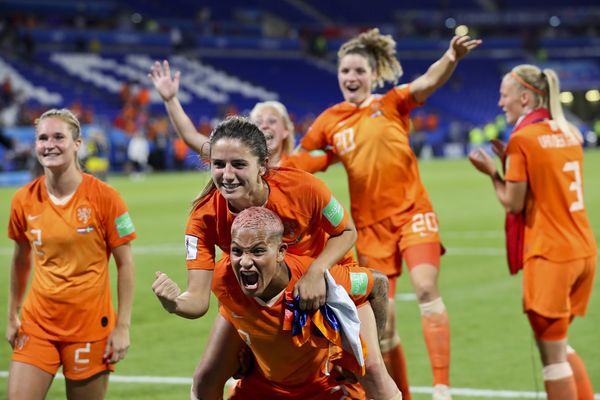 The final game will be played between The Netherlands and America this Sunday.