GURU RANDHAWA BECOMES THE MOST SEARCHED PUNJABI CELEBRITY OF 2018

If we talk about the most celebrated Punjabi singers in the Indian entertainment industry then the first name which comes to our minds is of our own Punjabi gabruu Guru Randhawa. Within a short span of time, he has reached new heights.
His songs are a huge hit not just in Punjab but also in the B-town. In recent times, many of his hit songs have been recreated in Bollywood movies. To name a few we have ‘Suit Suit’ in ‘Hindi Medium’, ‘Patola’ in ‘Blackmail’, ‘Kaun Nachdi’ in ‘Sonu Ke Tittu Ki Sweety’ and ‘High Rated Gabru’ in ‘Nawabzaade’. 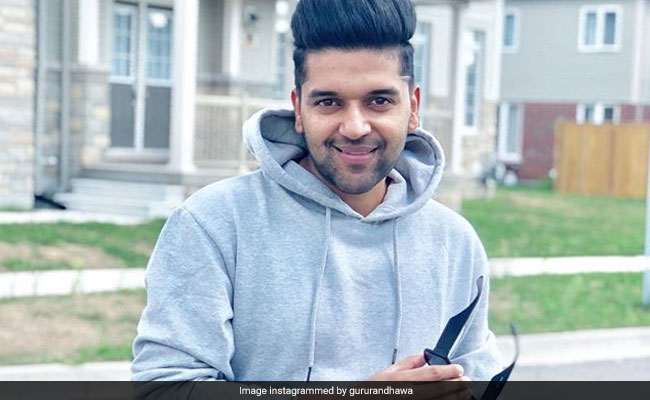 He has been a huge hit not just in India but in other countries too. Recently, the singer released his latest single which was titled as ‘Tere Te’. The upbeat number received immense love from the audiences.
Earlier, some stories also made rounds on the internet that he may collaborate with the international rapper Pitbull who’s popularly known as Mr. Worldwide. Neither Guru nor Pitbull made any confirmation on this. Well, songs will come and go but today we’ll be talking about another achievement by this Punjabi gabruu. The gen-next singer has made it to the most searched Indian celebrity list for the year 2018 which is about to end in the next few weeks. The ‘Morni Banke’ hitmaker took to his Instagram where he shared his excitement in the stories section.
The list has names not just from Indian entertainment industry but there are a few names from the western world such as Nick Jonas and Justin Bieber. Apart from these three the list also has names of Bollywood stars Irrfan Khan, Akshay Kumar, comedian Kapil Sharma and South actor turned politician Kamal Haasan. Well, this has come as a great news for all the Guru Randhawa fans.
For more updates about the same, keep visiting gabruu.com and now we are also available on all the Android and IOS platforms.
ALSO READ:-

ROACH KILLA COMING UP WITH BACK TO BACK 2 SONGS IN A ROW!