KNOW WHAT NETFLIX INDIA DID WHEN PEOPLE TROLLED THEM

This year has been a great year for all the Radhika Apte fans as the actress has constantly nailed all her Netflix ventures with her stellar performances. While most of the people are appreciating the actress for her work, for some netizens it became a thing to joke about. Lust Stories, Sacred Games and now Ghoul, seems like Netflix India have found their match in Radhika Apte.  Her constant presence in shows bankrolled by the online streaming giant has inspired a series of priceless memes. A user named @HaramiParindey wrote:

*Netflix office* Director: we have to cast Nawazuddin Siddiqui Producer: book his dates Director: and Radhika Apte Producer: we have booked her years

Some of the Tweets are mentioned below:

However, Netflix is beating the meme-makers at their own game with their hilarious response. Playing up their obsession with Radhika, Netflix released a two-minute spoof video featuring the actress and filmmaker Vikramaditya Motwane. https://twitter.com/NetflixIndia/status/1033978307744677888 The clip is seemingly a behind-the-scenes video of an upcoming show titled Omnipresent, which will have Radhika playing every role. The video ends with Netflix rechristening itself 'Radflix'. Netflix shared the video on Twitter with the caption, "Whatever the role, Radhika apt hai." Netflix also changed its Instagram bio to "Just another @radhikaofficial fan account". 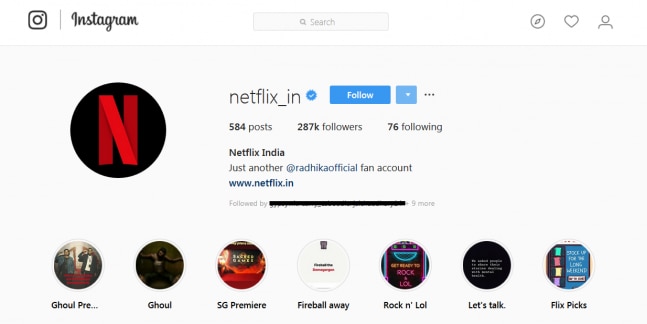