Legendary Gurdas Maan the singing sensation has given voice in many songs. He gained the fame with his song 'Dil Da Mamla Hai'. In 2013 he released his own YouTube channel to stay connected with his fans. Uhna da filma di shurat hoi ' Mamla Gadbad' hai but got fame in movie with 'Ucha Dar Babe Nanka Da'. He is not only fluent in Punjabi but also in various other languages like Tamil, Bengali, Hindi and Haryanvi and Rajisthani. Gurdas Maan fans are excited for his movie and see him on screen. With the release of the trailer it has created excitement in the hearts of punjabis. Gurdas ji was seen on the screen in 2014 'Dil Vil Pyaar Vyar'. Finally singer cum actor Gurdas Maan will be seen on the screen. He is coming back after the gap of four years in pollywood with his new release movie Nankana. He all set to grace the silver screen with his movie. 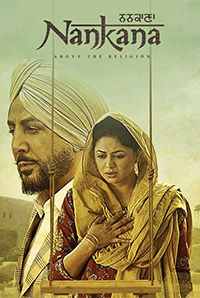 This movie will be released on 6th July. The star cast of this movie are Gurdas Maan, Kavita Kaushik and Anas Rashid. The plot of the movie goes around a period drama which is full of family values and spiritual aspects. The director of the movie is Manjeet Kaur wife f Gurdas Maan. Gurdas Maan has received many awards for his work.  Gurdas maan is the only Punjabi in the industry to bag national awards for Best Male Playback Singer at 54th National Film National Film Awards.

Related Articles:
GURDAS MAAN DOES NOT FORGET HIS CULTURE EVEN IN BUCKINGHAM PALACE
RANJIT BAWA HAS FINALLY DECIDED WHICH MUSIC VIDEO HE WOULD RELEASE FIRST