NEW DETAILS OF 'COOLIE NO. 1' REMAKE STARRING VARUN DHAWAN-SARA ALI KHAN ARE OUT

Bollywood actor Varun Dhawan, who saw the release of the multi-starrer period film Kalank, has confirmed that he will feature in the remake of Govinda’s 90s hit film Coolie No 1. The film, however, may not release before 2021, writer Farhad Samji has revealed in an interview. Like the original, the new film will be directed by Varun’s dad David Dhawan and features Sara Ali Khan in the lead role.

Speaking to a web portal,Farhad said,

“People who have seen Coolie No. 1 already know the basic plotline of the film, so we’re adapting that storyline. But there are some aspects in the story that if the movie is releasing in 2020 or 2021, then according to that the freshness required and the factor to get the audiences hooked, keeping logic in mind.”

“The thing about Coolie No. 1 is that it is a totally performance oriented film. Obviously, Govinda rocked the role and he was like a one-man army. So as I was saying, when writing for Akshay Kumar and Tiger Shroff, we have to keep their strengths and weaknesses in mind. So when I write for Varun Dhawan, I have to keep his strengths in mind as well. So there are times when we have to make changes in the scenes keeping the storyline in mind we try to put in more characters. We try to upgrade the storyline by adding today’s generation’s aspects in mind. I think the casting also helps a lot if you see Varun and Sara now, half your work is done there. The casting is not completed yet so we’re yet on the lookout for the third lead,”. 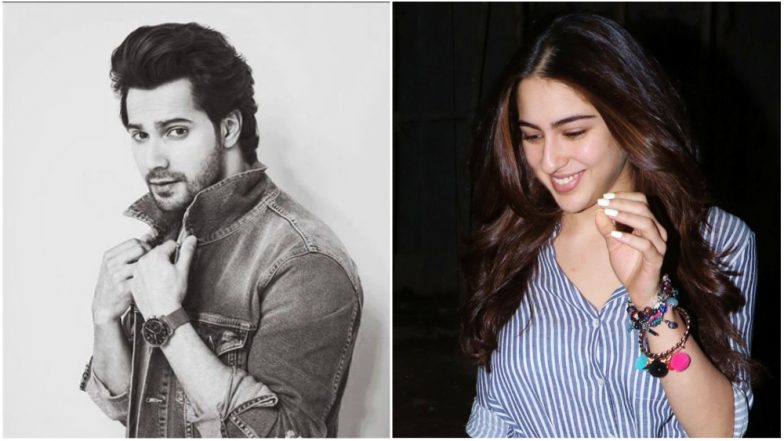 Coolie No 1 is a 1995 film that starred Govinda and Karisma Kapoor in the leads. David and Varun’s last film together was box office hit Judwaa 2, which again was a sequel to Salman Khan’s 90s hit Judwaa.

On the other side, Sara Ali Khan was last seen in Ranveer Singh’s Simbaa, Sara is currently shooting for Imtiaz Ali’s Love Aaj Kal 2 with Kartik Aaryan while Varun’s big-budget multi-starrer film, Kalank, released on Wednesday.