John Abraham is currently basking in the success of his latest release ‘Batla House’. The actor has found a great niche in action films but is often seen expressing his desire to work on different concepts such as racing films and films about football.

It’s not a hidden fact that John Abraham is a crazy Football fan and last year he shared his desire of doing a film about Football. Now, seems like the audiences will soon get to see one such film coming to the big screen really soon.

If reports are believed to be true then director Nikkhil Advani who has collaborated with the actor for his movies such as ‘Satyameva Jayate’ and recently released ‘Batla House’ will be helming this new sports film. The film is initially titled as 1911 and it will bring the story of a historic Football match to the big screen. 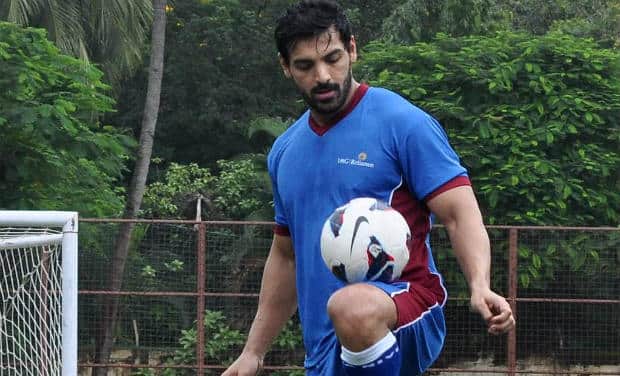 The match was first of its kind where the entire team played the game barefooted and won the IFA shield against the East Yorkshire Regiment. The match was special for india as it started a revolution for an independent india.

Recently, Nikkhil Advani celebrated the eight successful years of his Production company Emmay Entertainment along with his partners in the business Madhu Bhojwani and Monisha Advani. Here, the director opened up about his next film with John Abraham which was announced last year. He said;

“I am committed to 1911, that is something I am going to start writing. I am making it with John (Abraham) next year. It will end by end of next year. 1911 is based on the football match between Mohun Bagan and (East) Yorkshire Regiment. It is one event that ignited the freedom movement in India. It is a script that John and his team have been working on for the last five years.”

ISHAAN KHATTER JOINS HANDS WITH TABU FOR 'A SUITABLE BOY'