2018 has been Ayushmann Khurrana’s year with two big critical and box-office successes – Andhadhun and Badhaai Ho. While there have been many films that have won accolades, a thumbs up from critics and fans alike, only a few made it to the top 10 Indian movies of 2018 on IMDB’s list.
Among them, ranking at the top is Ayushmann Khurrana’s Andhadhun. Directed by Sriram Raghavan, the thriller also starred Tabu, Radhika Apte, Anil Dhawan, Manav Vij, Zakir Hussain and others. While films like Ranbir Kapoor’s Sanjay Dutt biopic titled Sanju, Alia Bhatt’s spy-thriller Raazi, Akshay Kumar’s PadMan and Rajkummar Rao’s horror-comedy Stree all made it to the top 10 on IMDB’s Indian movie of the year, but none of them came close to challenge Andhadhun for the top position.
In fact, Ayushmann’s second release of the year, Badhaai Ho, which also starred Sanya Malhotra, Neena Gupta, Gajraj Rao and Surekha Sikri, also made it to the 5th spot in the list Indian movies.
While Badhaai Ho was ranked at No. 5 on the list, PadMan got the number 6 spot. This is followed by Stree at No. 8, Raazi at number 9 and Sanju getting the last slot among the top 10. Though, not at the same magnitude of Sanju, or even his own film Badhaai Ho, Ayushmann Khurrana’s Andhadhun still faired well at the box-office making almost Rs 75 crore in its lifetime run at the domestic market. 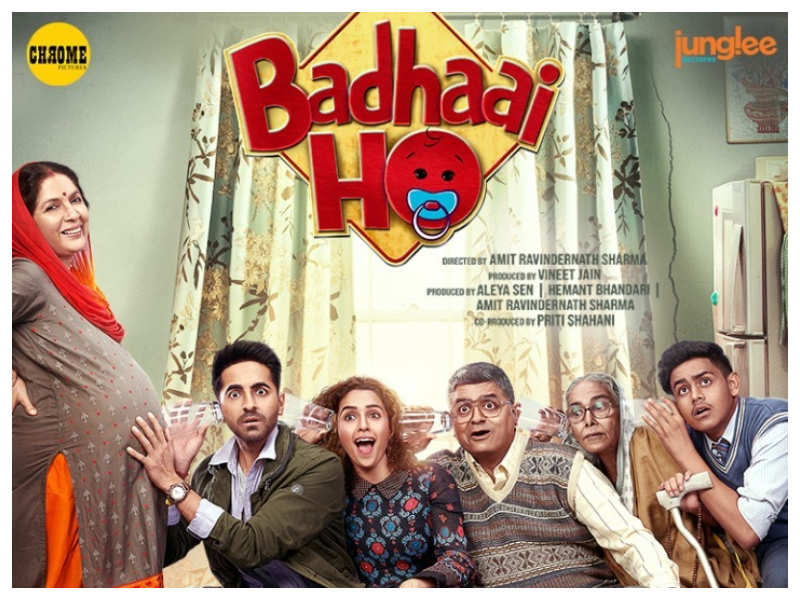 Meanwhile, Ayushmann Khurrana is currently busy shooting for his upcoming films Dream Girl with Nushrat Bharucha and Bala with Bhumi Pednekar. While in the Dreamgirl Ayushmann Khurrana is supposed to play a female character, in Bala he will be playing a man who is suffering from premature baldness. Both films are expected to release in the second half of 2019.
This has come as a celebratory moment for all the Ayushmann Khurrana fans.
ALSO READ:-

IT'S A TRIPLE CELEBRATION FOR AYUSHMANN KHURRANA, KNOW HERE HOW