The makers of Shubh Mangal Zyaada Saavdhan have reportedly found the actor who will play Ayushmann Khurrana’s lover in the gay comedy. As per reports, Kota Factory actor Jitendra Kumar has been cast in the role.
A source close to the project told,
“The character is of a small town boy and the makers wanted to take an actor who can pull off the character with ease. The makers wanted a relatively fresh face and after doing the rounds of auditions, Jitendra fitted all the bills. Although he has not signed on the dotted line yet, he is the one.”
Jitendra is famous for starring in The Viral Fever’s sketches and is well known as ‘Jeetu Bhaiyya’ on Instagram, Facebook and other social media platforms. Earlier, it was being said that Rajkumar Rao might be playing Ayushmann’s partner in the film but nothing was confirmed about the same. 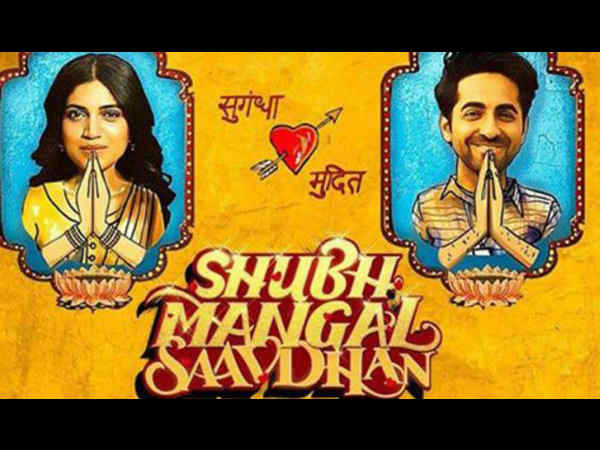 The film was announced in early May after the Supreme Court ruled Section 377 as unconstitutional. The makers even shared an announcement video on social media. The 50-second-long teaser captured the evolution of love stories in India and how people are familiar with heterosexual relationships like Romeo-Juliet, Laila- Majnu, Mirza-Sahiba, Raj-Simran. But we also get to see same-sex love stories which existed in the society but were never known or talked about.

Directed by Hitesh Kewalya, the upcoming film is a standalone sequel to 2017 film Shubh Mangal Saavdhan. The much-awaited film is being produced by Aanand L Rai, who also backed the prequel. Shubh Mangal Saavdhan had received an overwhelming response from the audiences and critics alike for the way it dealt with a subject like erectile dysfunction. The film, helmed by RS Prasanna, released on September 1, 2017, and also starred Bhumi Pednekar.
The subject of homosexual relationships was tackled this year in Sonam Kapoor-starrer Ek Ladki Ko Dekha Toh Aisa Laga.
While talking about the same, Ayushmann, in a statement, said,
“It is a beautiful story told in the quintessential Aanand L Rai style of filmmaking that will touch your hearts and leave a smile on your face. It is one of the most brilliant films that I have read in a long time and it handles the subject of homosexuality really sensitively. It is a pleasure to collaborate again with the master storyteller of our times. It is an out and out entertaining film that will also make you think and that’s the hallmark of good cinema.”
As per reports, the plot revolves around how a conservative family comes to terms with the fact that their son is gay. It is expected to go on the floors in the last week of August.
ALSO READ:-