World Happiness Index is an annual survey of United Nations Sustainable Development Goals. This survey contains rankings of national happiness which includes all the basic requirements such as Job profile, earnings, lifestyle and most importantly staying happy with what you have. 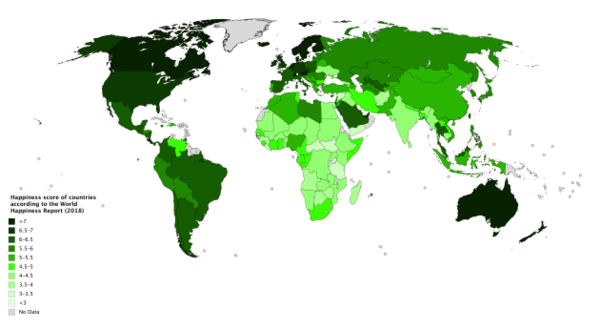 This year's world happiness report has some serious concerns as India's ranking has gone down by 10 points. In 2017 report India was at 122nd position while this year it saw a dip and India stood at 133rd spot. On the other side, our Neighbors Pakistan and China have a higher ranking. In 2017 China stood at 79 whereas Pakistan stood at 80th position. In 2018 China stood at 86 whereas Pakistan grabbed the 75th spot. Finland and Norway remained the happiest countries in the world, followed by Denmark, Iceland and Switzerland. During a conference at an Indian Chamber of Commerce event in Calcutta, former Indian President, Pranab Mukherjee also raised concerns over this issue. The former president said; "This (poor happiness ranking) indicates a lack of holistic approach towards development... The quest for happiness is closely tied with the quest for sustainable development - a culmination for human well being, social inclusion and environmental sustainability,"  Former President Pranab Mukherjee on Thursday has lamented on the current scenario in the country by saying that the society has become too violent as everyday stories of violence are getting more prevalent in the media. The people are searching for a black cat in the dark room but that is futile. What do you have to say about it do let us know in the comments section below and for more content like this keep visiting gabruu.com