PRIYANKA CHOPRA SMOKES A CIGARETTE, GETS SCHOOLED BY THE NETIZENS

Actor Priyanka Chopra recently celebrated her 37th birthday soaking some sun on a yacht in Miami. While the pictures prove the actor had a fantastic birthday celebration with husband Nick Jonas, mother Madhu Chopra and cousin Parineeti Chopra, some of her fans aren’t very pleased with her gesture.

Among the many pictures that surfaced online, one showed the actor smoking with Nick sitting beside her. Many of her fans called her out for smoking despite suffering from asthma and raising awareness against burning firecrackers around Diwali.

Reacting to the picture, a fan wrote, “Smoking hot. Did i just say smoking?” Another wrote, “Diwali is injurious to health, not smoking. Because Asthma is caused due to Diwali, not smoking. Thanks to Priyanka Chopra for such a great research.” One more user wrote, “Looks like #roastedalmond.. who care have a cigar pls.”

358 people are talking about this 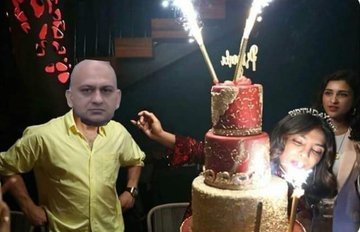 27 people are talking about this

I think she is smoking Patanjali Cigarette.
No Cause. Just have it.#PriyankaChopra 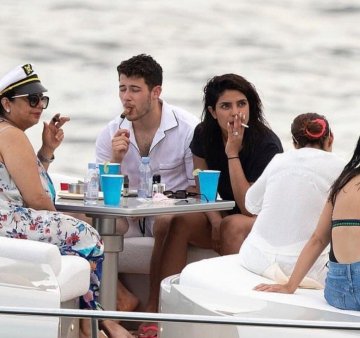 123 people are talking about this

213 people are talking about this

Priyanka not just earned the wrath of her fans for smoking but for also celebrating her birthday amid Assam floods while being a brand ambassador of the state. The death toll has been on an all-time high in Assam due to severe floods. Calling out the actor for the same, a fan wrote, “Assam mein flood chal raha hein aur dekho toh kaun enjy kar raha hein... hamara Ambassador.... khbr eta tu loi lo atleast aiva nora jodi (Atleast ask the people in Assam about their condition).