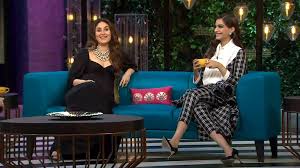 In the good old days Salman Khan and Shah Rukh Khan, Aamir Khan and Salman Khan, Anil Kapoor and Jackie Shorff, Amitabh Bachcan and Dharmendra were the best and memorable jodis in the Bollywood and have also worked together and have entertained the public. One such pair that Indian audience wants to see is the jodi of Ranveer Singh and Ranbir Kapoor. They both are going successfully in their career of acting. They have surprised the audience each and every time they are on the screen. The upcoming biopic of Sanjay Dutt that is Sanju starring Ranbir has been creating buzz in the bollywood and on social media also. Ranbir  when he sat down with Rajeev Parsad of news 18 for an interview said that he would love to share the screen with Ranveer Singh. If given the opportunity he would love to do it rather than letting go that opportunity. Ranbir has all the praises for Ranveer Singh. Ranbir loved his acting in Padmaavat. He did not stick to one point. He has not only appreciated Ranveer's acting but has also praised the aura and energy level he has. But has also decided the type of movie he wants to perform with Ranveer Singh. 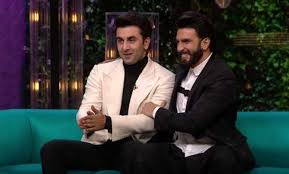 He wishes to do movie like Karan Ajun , Andazz Apna Apna or Deewaar. He also sad that he is comfortable in performing any genre but they should really connect with the movie and the role.

VILLAIN CHANGED? RANVEER SINGH'S LOVE FOR SARA ALI KHAN TO BE HINDERED BY THIS ACTOR