Pataudi Nawab Saif Ali Khan was showered with praises for his act in Netflix original series 'Sacred Games'. His act as Inspector Sartaj Singh in the web-series impressed one and sundry leaving the audience eagerly waiting for its second part.
A few months back, makers of this series announced that they will be coming out with the second season for the same.
Recently, the actor was spotted at a studio in Bandra and guess what? His turbaned look gave it all. It seems like the actor has started shooting for the second season of the web-series and we can't be more excited.

'Sacred Games' was an 8 episode series which had subtitles in more than 20 languages. The series received immense love from the viewers and the critics.
The show also starred Radhika Apte and Nawazuddin Siddiqui among others. 'Sacred Games' is a thriller based on Vikram Chandra's 2006 novel with the same name. The first Netflix original series in India, it was helmed by renowned filmmaker Vikramaditya Motwane and Anurag Kashyap, who also produced it. 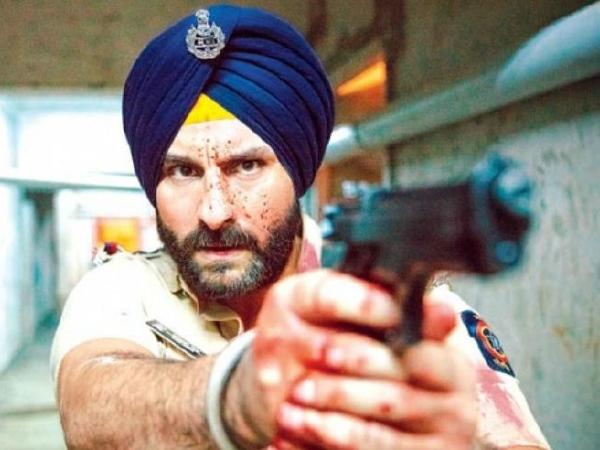 On the film front, Saif was recently seen in ‘Baazaar’. The film also starred his Sacred Games co-actor Radhika Apte and debutant Rohan Mehra. The film received mixed reviews from the critics and the moviegoers and was a success at the box office.
The actor is next to be seen in Hunter where he’s playing a Naga and soon after this, the actor will be seen in ‘Taanaji’ which also stars his Omkara co-actor Ajay Devgn. Apart from these two, the film also stars Pankaj Tripathi and Ajinkya Deo in pivotal roles.
Are you excited to watch 'Sacred Games 2'? Do let us know in the comments section below and for more content like this keep visiting gabruu.com
Now, we are just a click away from you as Gabruu app is now available for all the Android and IOS users.
ALSO READ:-

READ IT OUT!! HONEYMOON PLANS OF NICK JONAS & PRIYANKA CHOPRA