SAY WHAT??? VIDYA BALAN TO BE SEEN AS A HUMAN CALCULATOR?

National Award winning actress Vidya Balan is all set to star in Anu Menon directorial. Known for her strong roles in films like Kahaani series and even the recent Tumhari Sulu, Vidya Balan has always been associated with the women-centric films. This time around she has been apparently approached to play the role of a human calculator. Well, that is what Shakuntala Devi was fondly known as.
In the movie, she will be seen playing the role of Shakuntala Devi who’s famously known as a human calculator. Produced by Ronnie Screwvala, the film will be a true life story of mathematician Shakuntala Devi and we hear that Vidya has already given her nod to the film. Shakuntala Devi got herself a spot in the Guinness Book of World Records in 1982 with her talent for numbers. 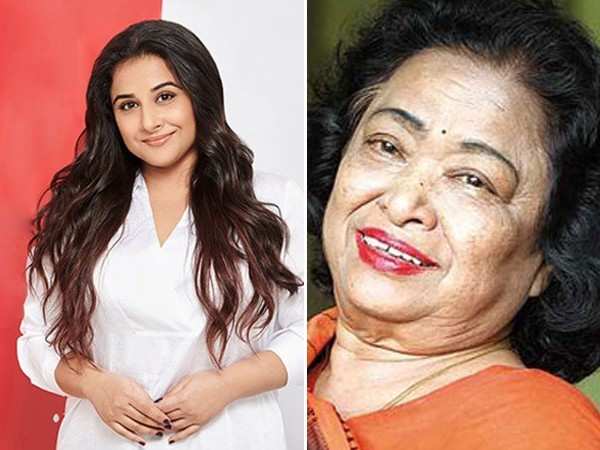 Confirming the same, a source close to the actress told,
“Vidya found the story really inspiring when Anu approached her but is yet to sign the project. Anu has researched a lot for the film which is currently in the final stages of scripting, following which the team will start on an extensive prep. The film is likely to roll sometime next year.”
Anu Menon is known for her movie ‘London Paris New York’the film which was released back in the year 2012 starred Ali Zafar and Aditi Rao Hydari in the leads. This would be the first time when she will be collaborating with Vidya Balan for a movie.
Other than this, Vidya is currently shooting for the NTR biopic in which she will be seen as Basavatarakam, wife of Telugu superstar and politician NT Rama Rao. The film is expected to hit the theatres in a two-part series in January. She will also share the screen with Akshay Kumar in Mission Mangal which also stars Taapsee Pannu and Sonakshi Sinha in the leads.
Are you all excited for this? Do let us know in the comments section below and for more updates keep visiting gabruu.com
ALSO READ:-

THIS IS WHAT RANVEER SINGH SAID ABOUT 'TAKHT'