SHAH RUKH KHAN TO RECREATE THIS OLD SONG IN 'ZERO'

The year 2018 is about to end in the next few weeks and as the year ends, it comes out to be a golden opportunity for all the filmmakers as the films released at the end of the year receives bigger Box office opening than rest of the year. Recently, director and a producer Karan Johar spoke about the changes film industry has seen this year.
December has been a great opener for all the films released in this period. A recent example of this is Sara Ali Khan’s debut film ‘Kedarnath’ which is doing great at the box office. The film which is set in the backdrop of the 2013 floods, received mixed reviews and is enjoying a successful run in its second week.

If we talk about the upcoming films then only names which struck our minds are ‘ZERO’ and ‘Simmba’. While ‘ZERO’ will be reuniting the ‘Jab Tak Hai Jaan’ trio Shahrukh, Anushka and Katrina, ‘Simmba’ has Sara Ali Khan and Ranveer Singh in the lead.
Recently, we heard a revamped version of Aankh Maare in the movie Simmba. The song instantly became a hit and it made many people break the dance floor with catchy beats and the lyrics.
Now, in a new lead, we heard that Shah Rukh Khan is also planning to recreate one of his old dance numbers in his upcoming film. The song we are talking about is ‘Ye Kaali Kaali Aankhein’ from the movie ‘Baazigar’. Those who have heard this song, must have shaken their legs on this peppy number. 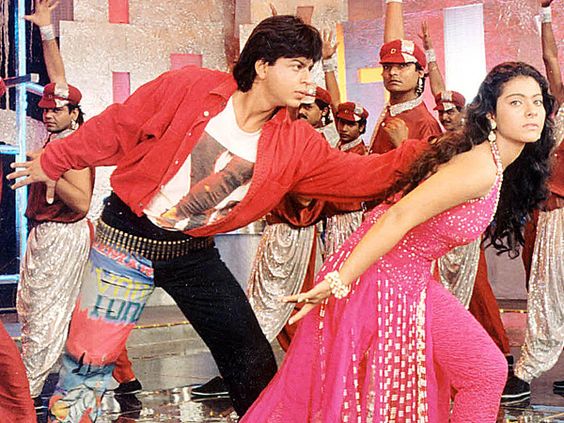 The original song had Shahrukh and Kajol in the leads. For now, there is no confirmation on who will be featuring in the video of this song, is another guest appearance is coming its way? Well, we have to wait for it.
So are you all excited for this? Do let us know in the comments section below and for more such updates keep visiting gabruu.com
ALSO READ:-

FINALLY THE MAKERS OF THE FILM 'ZERO' UNVEILED THEIR 'HUSN PARCHAM'